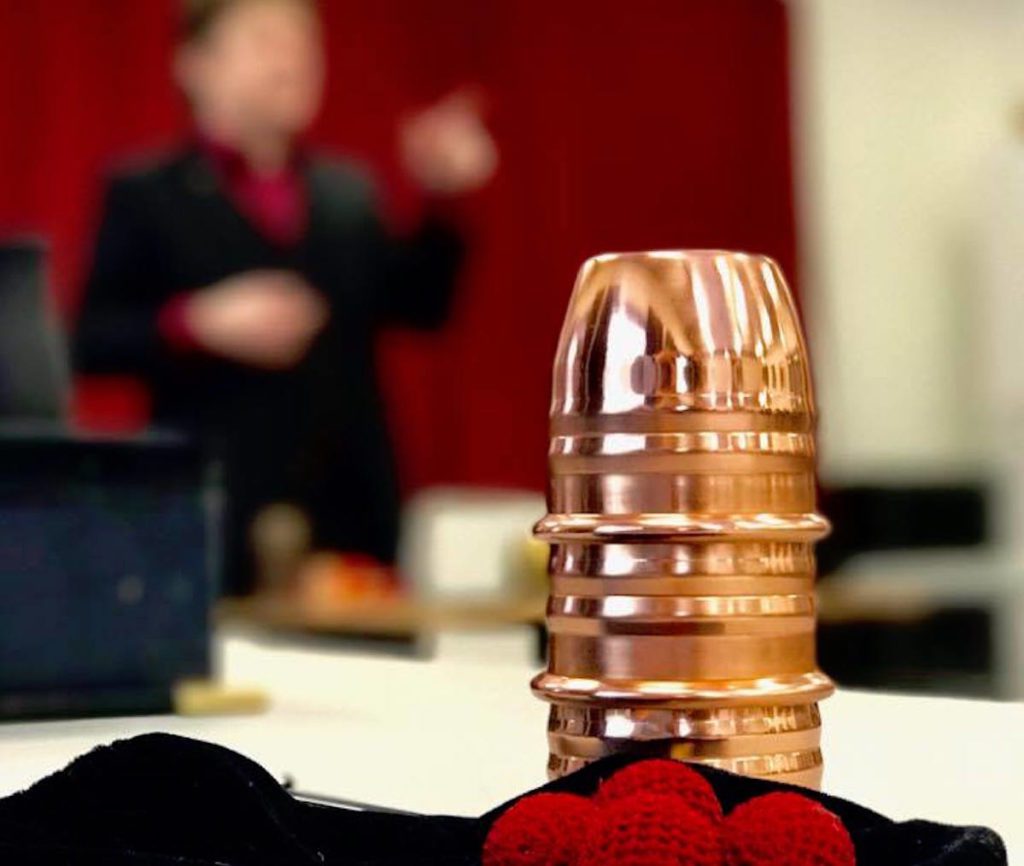 This is a 5 day hands-on workshop in conjuring for young magicians, boys and girls, between 14-17 years of age. There will be loads of exercises in misdirection, dramatic and deceptive structure, as well as in prop making. We will examine magic theories, apply them and discuss them in the context of performances. We will work from early morning to late in the evening and you’ll find it both challenging and rewarding.
You can read what former participants thought about the workshop in the Journal.

The workshop itself is free of charge, as education is free in Sweden. But there are costs for room + meals.

It isn’t a course for complete beginners, but you don’t need to be an expert. You just need a solid interest and a wish to become an awesome magician. If you are a boy or a girl between 14-17 years old, and have been activly interested in magic for at least 6 months, you will thrive and have fun at this workshop.
Language: You need to understand basic english.

The venue is “Sigtuna Folkhögskola” (Sigtuna folk highschool), located in the beautiful small village Sigtuna, not far from Arlanda Airport, in Stockholm, Sweden. 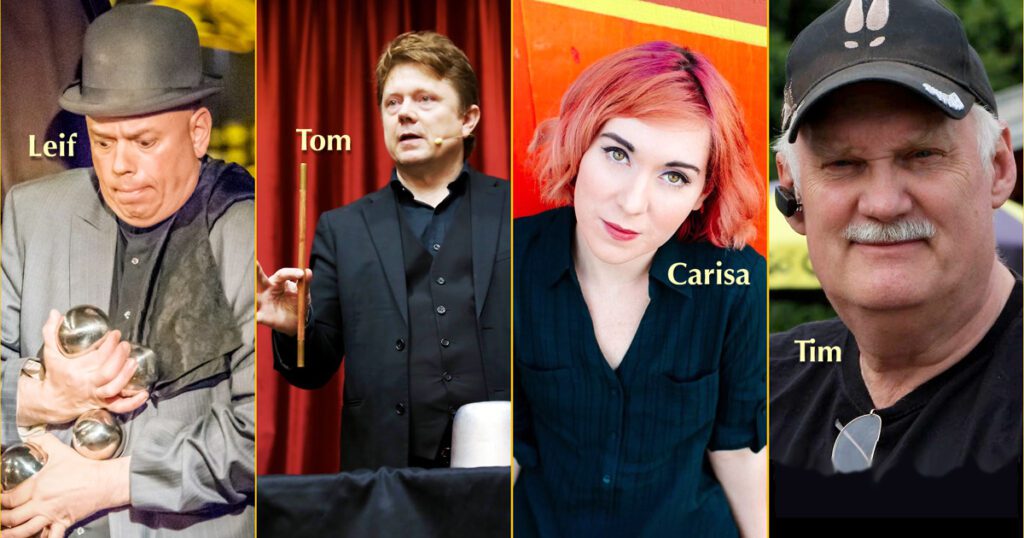 The workshop is led by Leif Olberius, assisted by Tom Stone, Carisa Hendrix and Tim Star.

Leif Olberius started out as a wonder kid, performed on national TV as an 11 yrs old. Eventually, we lost him to theater, first theater school, then he started his own theatre company. But the magic bug didn’t go away, and eventually, he returned back to us – with tools and knowledge few others in magic have. Leif have a solid experience in working with young magician, as he designed and ran the Swedish Magic Circle’s junior program for many years

Tom Stone is the author of several technical books on conjuring arts, as well as a performer, consultant, speaker, creator and teacher of the subject. He was awarded the 2015 Creative Fellowship by the Academy of Magical Arts.

Carisa Hendrix recently won the Allan Slaight “Canadian Rising Star” award, and was nominated the AMA Magic Castle Stage Magician of the Year – but well before that, Carisa became known as a multi-disciplined variety artist, doing all from comedy to fire eating. She has studied acting, dance, prop manipulation, burlesque, modelling, and magic. After being accepted to ACAD (the Alberta College of Art and Design) in 2007, she also studied performance art, design, and video.

Tim Star is a legendary propmaker for Harries Magic, Rings-N-Things, Creations by Star, and have build custom props for magicians around the world. That, combined with being a full-time professional performer for many years, makes Tim an unique instructor within a broad range of topics.

…there might also be a few extra guest instructors. And, alongside this course, there are also two workshops for experienced magicians, so the environment will be encouraging and the very air will be saturated with magic knowledge.

On completion of the workshop, the young student should:

The following are just advice, not rules or demands.

In general:
Make sure you have pen and notepad. You will get hundreds of ideas, and any idea not written down will be instantly forgotten.
You will probably want to document some of the work you do, so make sure you have plenty of free memory in your devices so you can film and photograph your ideas.
It might also be nice to share one’s notes with the group, via some internet solution; Google Docs, Dropbox…

For the propmaking classes:
It is good if you have clothes that you don’t have to be very careful with, preferably clothes made of natural fibers (cotton, linen…). Tight fitting clothes are better than loose fitting clothes that can can get caught in things. Closed-toed shoes is preferable. And a hairband to tie your hair back if it is long.

For the exercises in misdirection:
Bring a few coins in a size that is comfortable to you to palm.
Also, bring a few identical small objects that are comfortable to finger palm (maybe small rubber balls, balls from Cups & Balls, small toys, marbles, pebbles from the ground… anything).
And one object that can act as a magic wand (a wand, a drumstick, a large pencil, a stirring stick for drinks… something)

Music:
For some of the exercises you will likely want to add music, so load up your devices with a good assortment of music in various moods; upbeat, sad, happy, spooky, dramatic, soft, rhythmic…et cetera.

Finally
In the evenings, all the participants in the Conjuring workshops will socialize with each other. Improvised magic performances and sessions are very welcome.

To bring down costs, all young magicians will pair up and share rooms.
Since there are limited places, this form is not binding until it is confirmed that you have a place, and your parent/legal guardian have signed their approval.